A couple of days ago, this blog reached it’s one year anniversary and that means it’s celebration time! I wanted to do a special post in order to mark this milestone, so I thought I’d use this opportunity to gush about my all time favourite manga series.

Keep in mind, this is a personal top 10 list and, as such, these series aren’t all necessarily ones that I’d consider to be representative of the “best” manga in terms of objective quality. Instead, these are the series that I’ve enjoyed the most, that are meaningful to me and which have stuck with me over the years. Also, there are a few series on this list that are still ongoing at the time of this writing, so it’s possible my feelings on them might change after I’ve read the full series, but, for now, these are my current Top 10 Favourite Manga Series:

A compelling mystery and bone-chilling thriller, this short series by Kei Sanbe had me on the edge of my seat from the word “go”. The story follows Satoru, a young man whose mind travels back in time into his childhood body where he tries desperately to uncover the identity of a serial killer and save the lives of several of his classmates, who had been murdered in the timeline he remembers. It’s an exciting and touching series with some great misdirections and red herrings that kept me guessing about the killer’s true identity almost right up until the big reveal.

This is the very first BL manga that I ever read and I was immediately hooked for life. Fake takes the buddy-cop formula and turns it into a fun, will-they-won’t-they style romance. Ryo and Dee are detectives and partners in the 27th Precinct of the New York Police Force and they spend their days fighting crime and their growing attraction to each other. This series has a bit of everything: humor, mystery, excitement and, most importantly, undeniable chemistry between the two leads. It’s a great romance that’s based on a strong foundation of friendship and I was so happy when Dee and Ryo finally got together.

This series is just plain cute and extremely funny! Following the everyday adventures of Yotsuba, a curious girl with boundless amounts of energy and an irrepressible enthusiasm for life, this manga is always sweet and upbeat. Yotsuba&! has a great cast of supporting characters but Yotsuba is the star of the show and I love how she is written as a fairly realastic kid – she occasionally throws tantrums, tells fibs and sulks, but she’s also bubbly and weird and completely loveable. This manga is full of laughs and reading it always brightens my day. 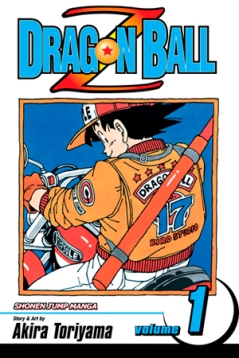 I’ll admit that nostalgia may play a big part in my enduring love of this series, Dragon Ball was the first anime that I can remember watching and my brother and I would eagerly tune in every week to see how Goku and his friends would manage to defeat their latest foe. Even taking into account these fond childhood memories, I still think that this series is considered a classic for a reason. The art is simple but attractive, the fight scenes are well executed and the characters are memorable and fun. Not every part of it is perfect, but all of it’s pieces add together to create something that’s just a guaranteed good time!

This series features one of the most interesting and clever takes on reincarnation that I think I’ve ever read. Spirit Circle’s story kicks off with our hero, Fuuta, being confronted by Kouko, the new transfer student, who declares him to be her mortal enemy. Kouko is determined to kill Fuuta but, before she does, she wants him to regain the memories from all of his past lives so that he can recall their previous encounters throughout history and understand why she intends to exact revenge on him. I won’t spoil anything else for those who haven’t read it, but the ways in which these two characters previous lives have intertwined and their different incarnations have affected each other is an intricately crafted puzzle that was a delight to watch come together. The ultimate reveal as to why Kouko feels she needs to kill Fuuta is really something else, I definetly recommend you check this series out if you haven’t already.

The Promised Neverland is a a heart-pounding tale of cat-and-mouse, as Emma and her friends try to outsmart the various forces that seek to do them harm and escape the facility where they are being raised as food for monsters. Clearly influenced by the horror genre, this manga is quite dark, but it’s also hopeful and uplifting, as Emma refuses to give up or compromise her morality despite all of the dangers she faces. This is a non-stop thrill ride and I eagerly await each new installment as it comes out. 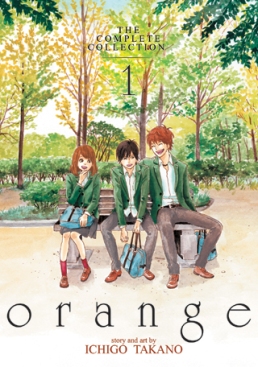 Emotionally powerful and deeply resonant, I was blown away by Orange when I first read it, having gone in knowing very little about the series and having read nothing else by the mangaka. Ichigo Takano instantly became one of my favourite manga creators once I’d had a taste of what she’s capable of. The story follows Naho, a highschool girl who mysteriously receives a letter from her future self with a series of instructions for her to follow in order to avoid having any regrets. At first, the instructions seem to simply be leading her to be more outgoing, but it quickly becomes apparent that the letter’s real purpose is to help her to avoid a terrible tradgedy. Orange is dramatic, romantic and, most importantly, empathetic. I don’t know how else to describe it other than simply beautiful.

This series is pure fun. Set in an interesting fantasy world, the story follows Yona, a slightly spoiled and naïve princess whose entire world is shattered when the man she was in love with murders her father and usurps the throne. Now Yona and her faithful body guard, Hak, are on the run and Yona is discovering that her kingdom might not be the peaceful place that she always assumed it was and that she has a much grander destiny then she ever realized. Yona of the Dawn is action-packed, it’s funny, and it has a great cast of amusing and loveable characters. Not to mention, an extremely compelling villain, whose true motives I’m still trying to puzzle out.

It’s hard to find something to say about Fruits Basket that hasn’t already been said. It’s a beloved classic and is probably one of the most successful shojo manga to be published in North America. There are a number of factors as to why a series about people who turn into animals when they’re hugged by members of the opposite sex has managed to inspire such enduring popularity. For starters, it has great characters, heart-string tugging drama and a moving narrative that deals with abuse and how it’s effects can linger like a curse. Despite these darker elements, the series is also funny and sweet and ultimately inspiring, as, one by one, all of the characters find the strength to move forward despite the pain that they’ve endured. There are parts that always make me cry when I read them and I’m hard pressed to think of another manga that’s effected me as deeply as this one. This series is definetly worthy of all of the praise that it recieves.

This is a bit of a cheat, as these are separate, if interconnected, series, but I don’t care. I love both Tsubasa Reservoir Chronicle and xxxHolic dearly and, since you really do need to be reading both in order to fully understand what’s going on in either series, I am going to let them share the top spot. I pretty much love everything CLAMP makes, so the concept of Tsubasa Reservoir Chronicle, where the heroes are on a quest that requires that they travel to different worlds where they meet alternate versions of CLAMP’s iconic characters who’re all living completely different lives, was irresistible to me and basically guaranteed that this series would instantly be my favourite series ever. Tsubasa Reservoir Chronicle also features my all time favourite manga character (Kurogane) and my OTP (Kurogane x Fai)! So there’s that. xxxHolic, meanwhile, has some of the most gorgeous artwork CLAMP has ever produced and I find Watanuki’s adventures while working for the eccentric Space Time Witch, Yuko, a delight. I loved reading xxxHolic and Tsubasa Reservoir Chronicle concurrently and seeing how the events in one series effected the events in the other. Tsubasa may get a bit convoluted in the later parts of the story and xxxHolic might have a rather unsatisfying ending, but I still adore them both, faults and all.

Well, there you have it. Those are my top 10 favourite manga series at this point in time. A few of these series are due for a reread and new manga is being released every day, so this list will always be subject to change, but, even if they get knocked down a few rankings in the future, I think it’s safe to say that these series will always hold a special place in my heart.

What do you think of these series? And what are your personal favourite manga? Let me know in the comments!